In a paper recently published in the journal Astrobiology, Aditya Chopra and Charles Lineweaver, from the Australian National University, argue that the reason we have not met intelligent aliens is because, in general, life does not evolve fast enough to become a regulating force on planet ecologies. 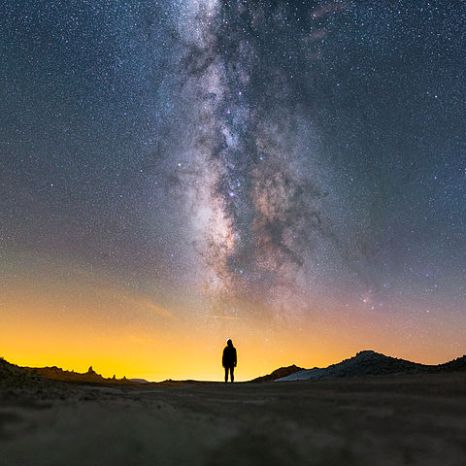 If this explanation holds true or if it is, at least, one of the possible explanations, then many planets may have developed life, but in few or none of them has life lasted long enough to be able to regulate greenhouse gases and albedo, thus maintaining surface temperatures compatible with life. If this is true, then extinction is the default destiny for the majority of life that has ever emerged on planets in the galaxy and the universe. Furthermore, only planets where life develops rapidly enough to become a regulating force in the planet ecology remain habitable and may, eventually, develop intelligent life.

(Photo by By Ian Norman, via Wikimedia Commons).

One thought on “The aliens are silent because they are dead”