Last February, Google auctioned a number of computer generated paintings, raising $84,000 for the Gray Area Foundation for the Arts, a San Francisco nonprofit institution devoted to the convergence of art and technology.

The auction took place during a two day event, which also included a symposium about the technology used to generate the paintings. 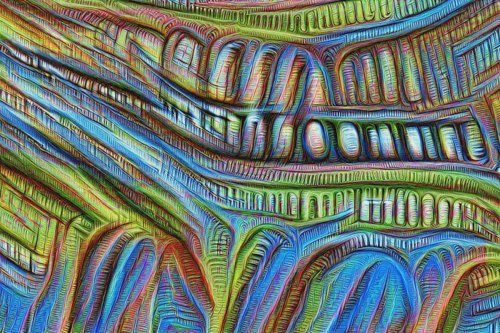 These paintings were generated using a technology dubbed inceptionism, which uses internal representations of neural networks trained using deep learning to derive abstract images, with styles that remind us of different visual art styles. The painting are the results of a project dubbed DeepDream, which can be used by anyone to make their own artworks. 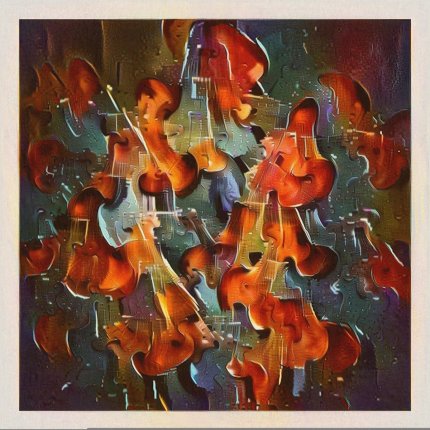 This kind of artwork is probably going to become more common, as more people get interested and more computers “decide” to become artists….

Both the University of London and NYU are now offering courses on computer generated art.

A recent report on The Economist about Facebook makes clear that the ever-present social network is now more, much more, than simply the sixth most valuable company on Earth and the (virtual) place where humanity spends a significant fraction of its time.

What started simply as a social network, doomed to perish (many believed) as many other social networks, turned into “one great empire with a vast population, immense wealth, a charismatic leader, and mind-boggling reach and influence“, according to The Economist. 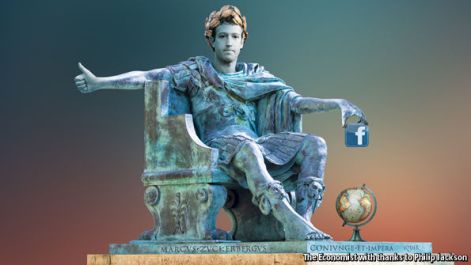 But, more relevant to the topic of this blog, is the fact that Facebook has amassed immense knowledge and created the tools necessary to explore it, in the process making enormous sums of money from targeted advertising.

As artificial intelligence, machine learning and data analytics advance, companies like Facebook and Google can explore better and better the troves of data they have, in a process that may end up with the engines behind these companies becoming truly intelligent and, who knows, even conscious. Maybe one day Facebook will become not just the place to meet friends, but a friend. The investments made on chatbot and virtual reality technologies certainly show that we have not yet seen all the social network can do.

The Economist reports, in a recent article, that artificial intelligence and machine learning experts are in extremely high demand, even among the already highly-wanted computer scientists.

The Economist reports that faculty, graduate students and practitioners of AI and machine learning are being harvested, in large numbers, by big-name companies, such as Google, Microsoft, Facebook, Uber, and Tesla. 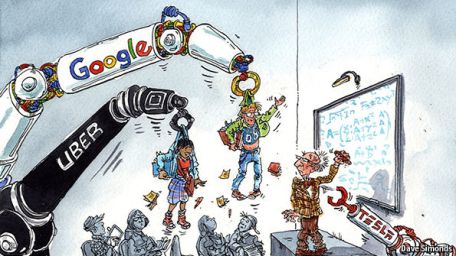 The demand for this type of skills is a consequence of the rise of intelligent and adaptive systems, advanced user interfaces, and autonomous agents, that will mark the next decades in computing.

Machine learning conferences, such as Neural Information Processing Systems (NIPS), once a tranquil backwater meeting place for domain experts, are now hunting grounds for companies looking to hire the best talents in the domain.

The Human Brain Project (HBP), a flagship project of the European Union, has just released the initial versions of its six Information and Communications Technology (ICT) platforms to users worldwide.

The six HBP Platforms are:

These platforms enable researchers to use the tools developed by the Human Brain Project to search and analyse neuroscience data, simulate brain sections, run complex simulations, searching of real data to understand similarities and differences among brain diseases, access computer systems that emulate brain microcircuits,  and test virtual models of the brain by connecting them to simulated robot bodies and environments.
All the Platforms can be accessed via the HBP Collaboratory, a web portal where users can also find additional information.